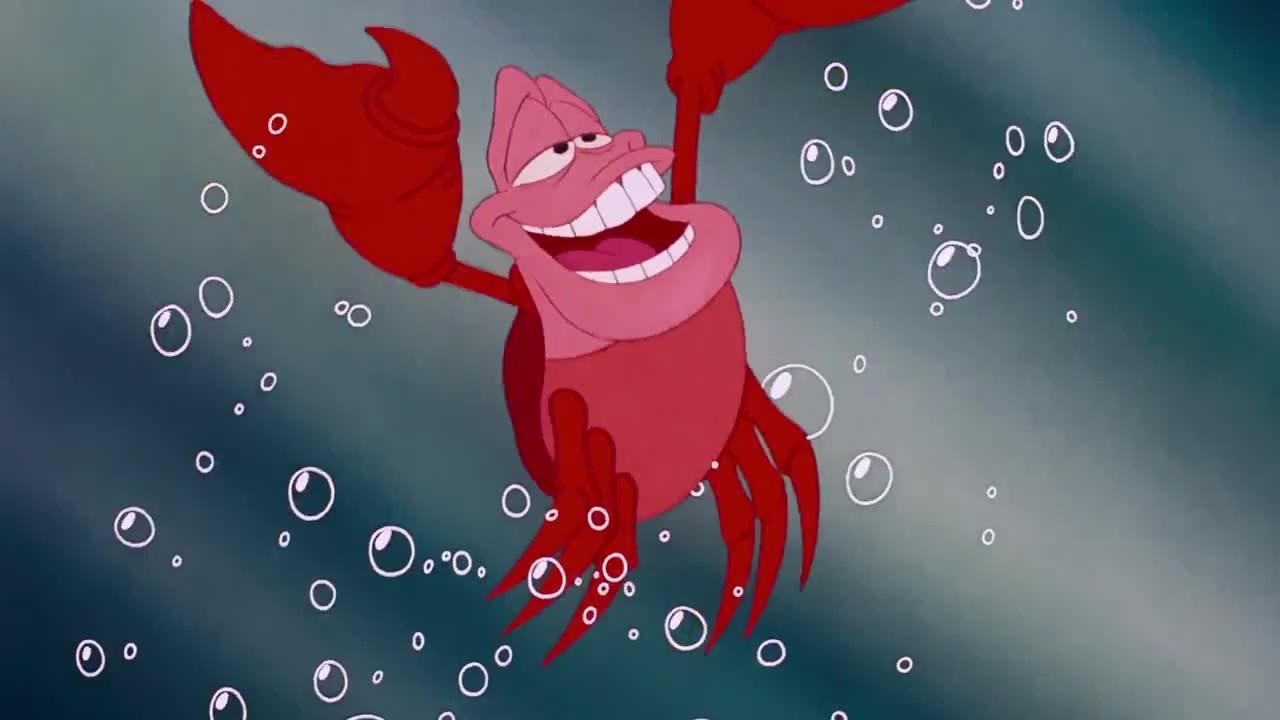 Sebastian from The Little Mermaid (1989)

I've been quite productive for the last couple of weeks, from turning an idea into a product, as well as juggling around other modules. I have been busy working on three things primarily:

My main two problems are I don't have the strongest background in organic modelling/sculpting and I don't have much of an understanding in Blueprints with Unreal Engine so it has been quite a learning curve to tackle these issues. However, I've just thrown myself into the deep end and ran with it!

My main strengths are with Autodesk Maya and Pixologic ZBrush so I've stuck with what I know best, I decide to model a stovepipe sponge first (okay so it's not a coral but it's geometrically a simple shape to start with, Plus sponges play a big part in the coral reef) 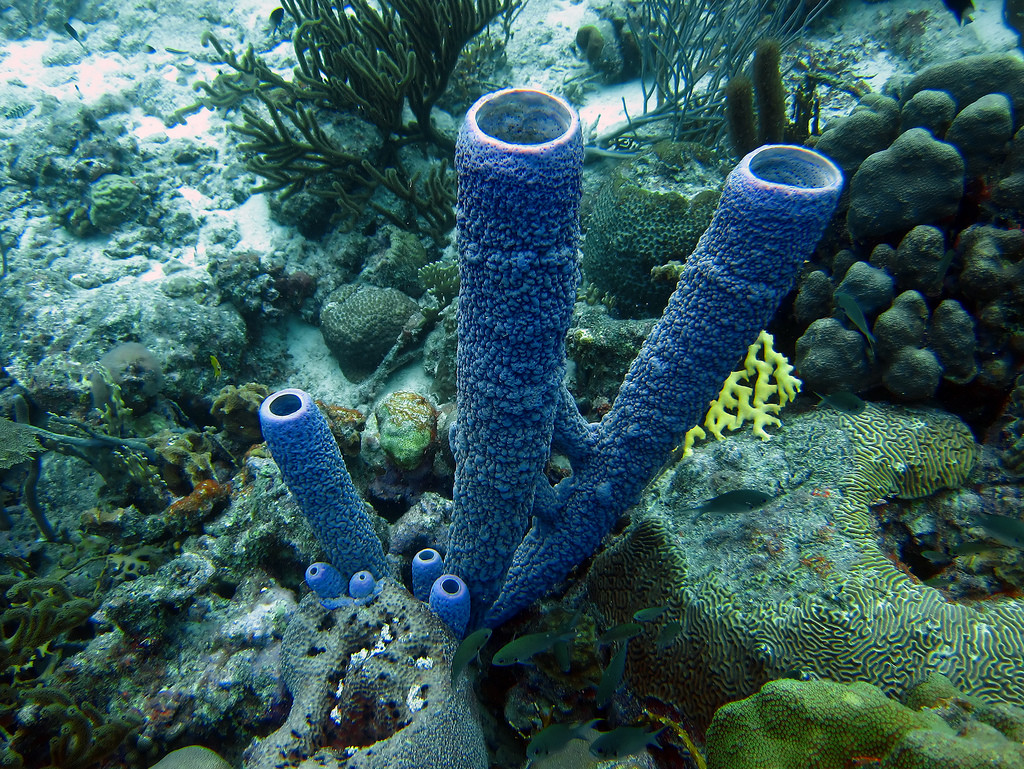 I was more focused on trying to figure how to make the assets and to not so much on the model detail, I found the best way for me was to sculpt it with ZBrush and use the UV master tool to make the UV maps. After making a low and high poly version I took the low version into Maya to make sure everything was correct - I had to sort the material assigned and correct some UV issues. After, I learned to bake projections in substance painter to keep most of the detail and started to paint the model. As far as I'm aware it's better to keep the model structure Quads rather than triangulated, any game artist feels free to post your thoughts! 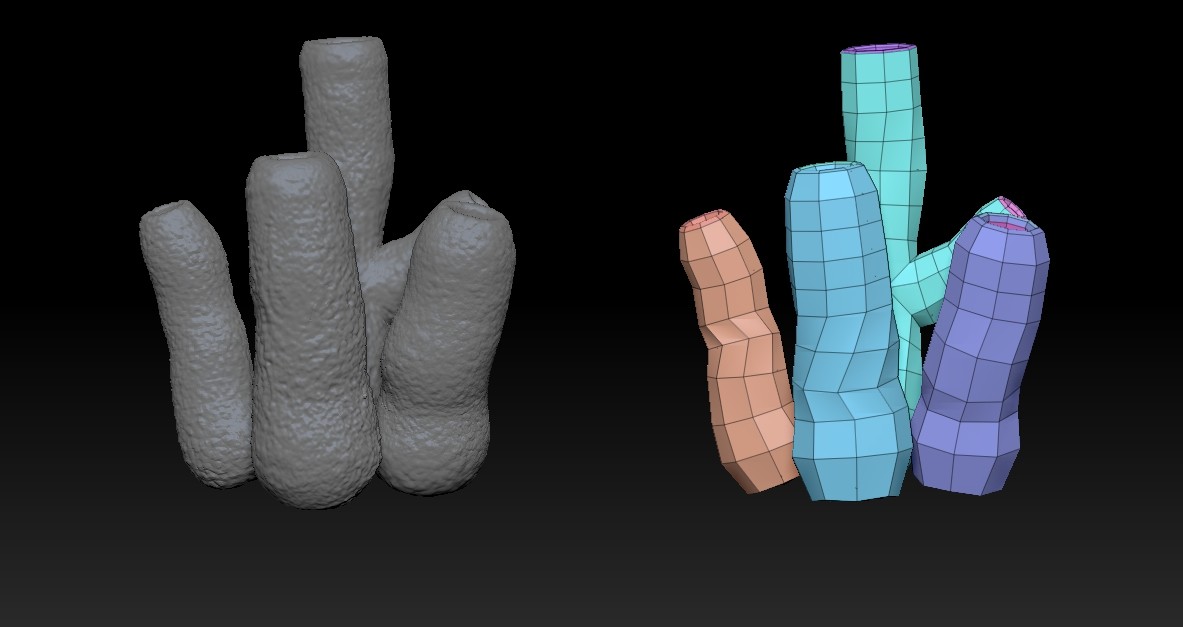 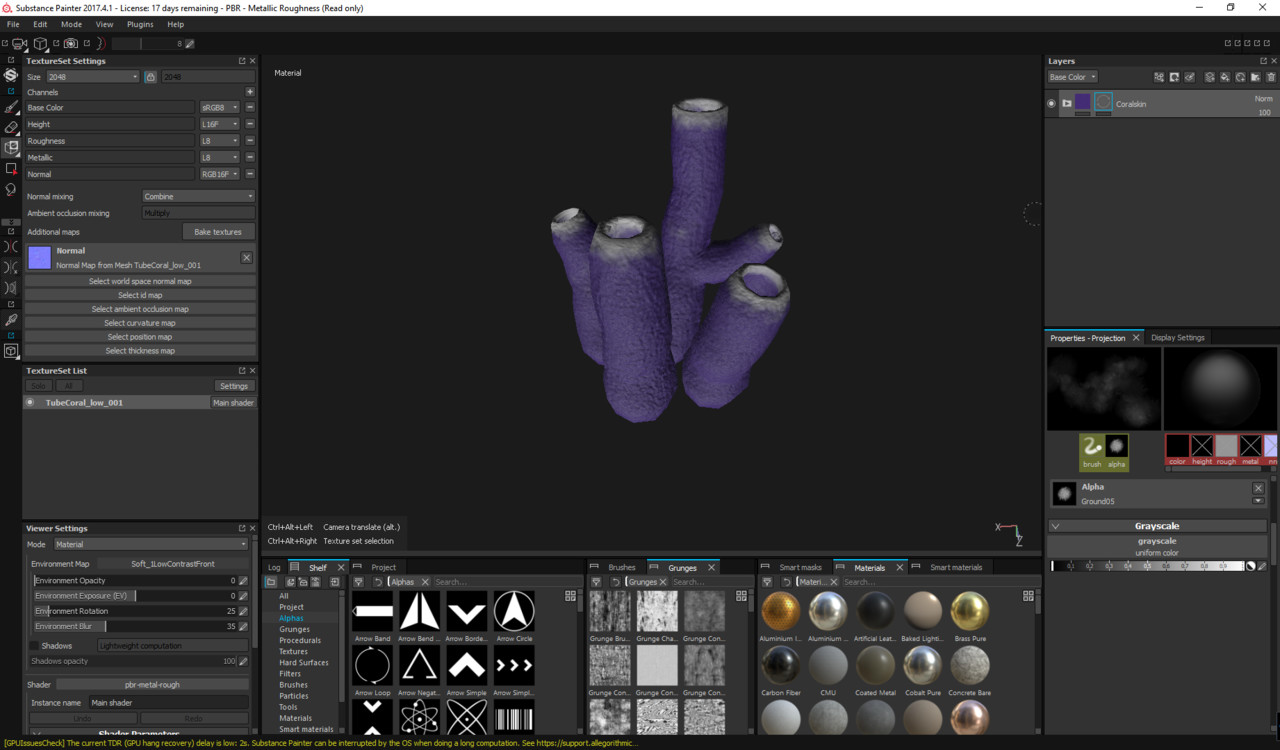 So after refining the process and working out a couple of techniques and shortcuts, I managed to reduce the poly count and add more detail. I would perhaps change the top of the model to add more vertices so it looks smoother, I might change the topology using the diamond technique (also known as the Kite)  to keep the body of the structure the same but add more geometry to the top. No sponge is the same, not even texture although I want to produce some that look more "lumpy" as opposed to the "rock" look. Overall I'm happy with the outcome! 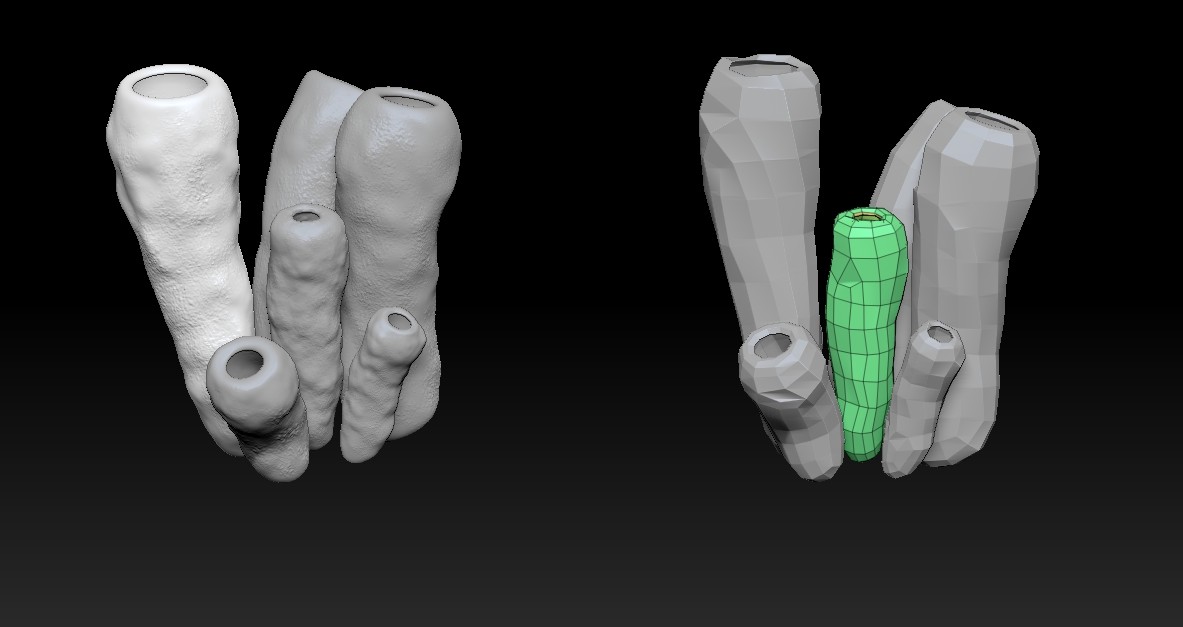 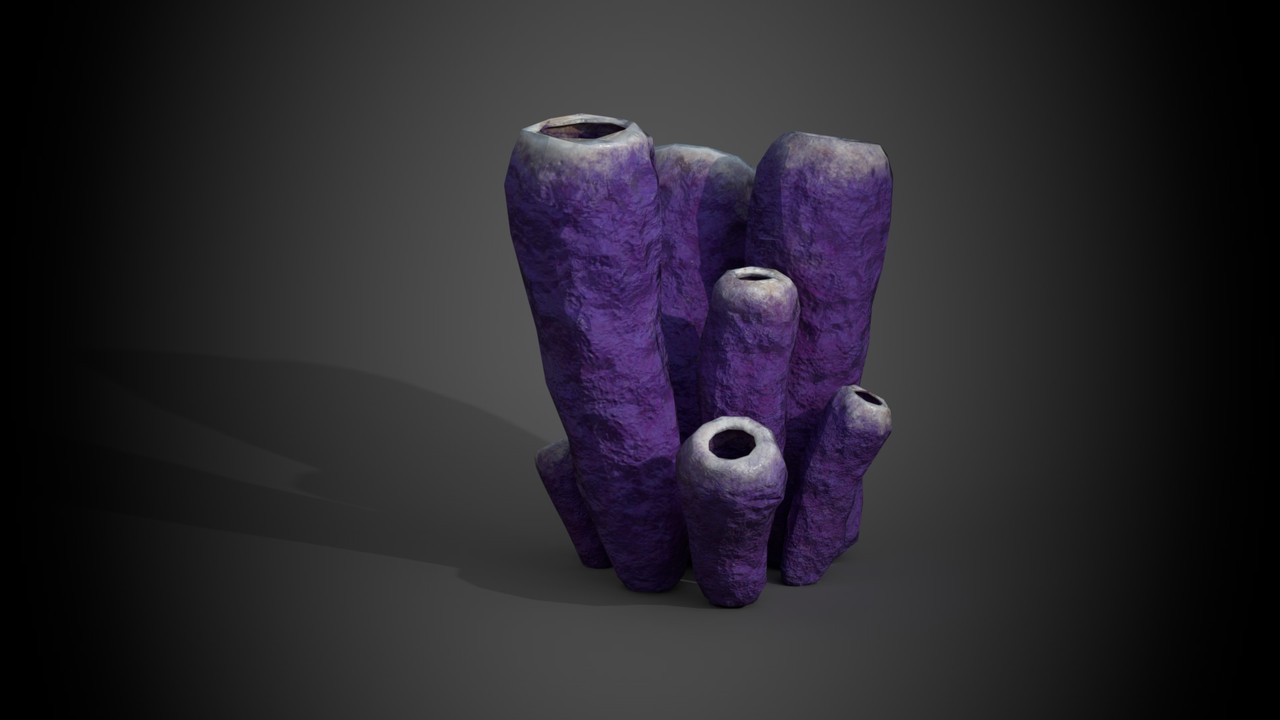 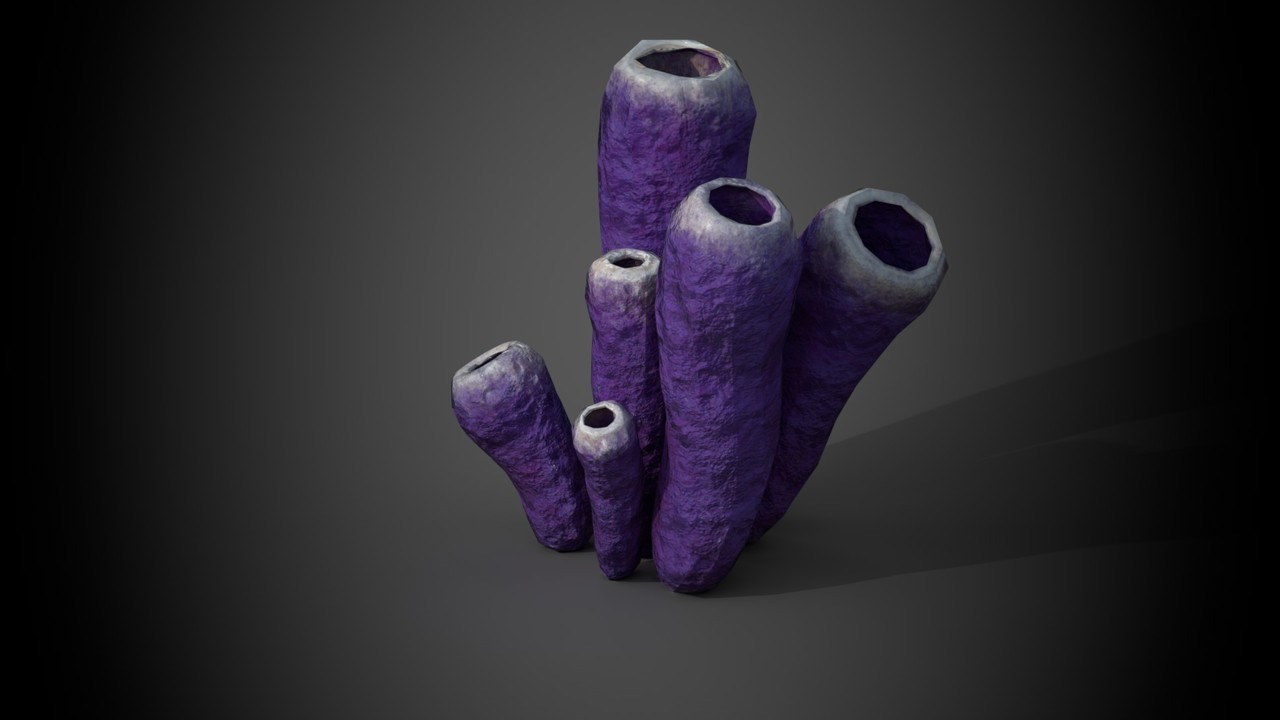 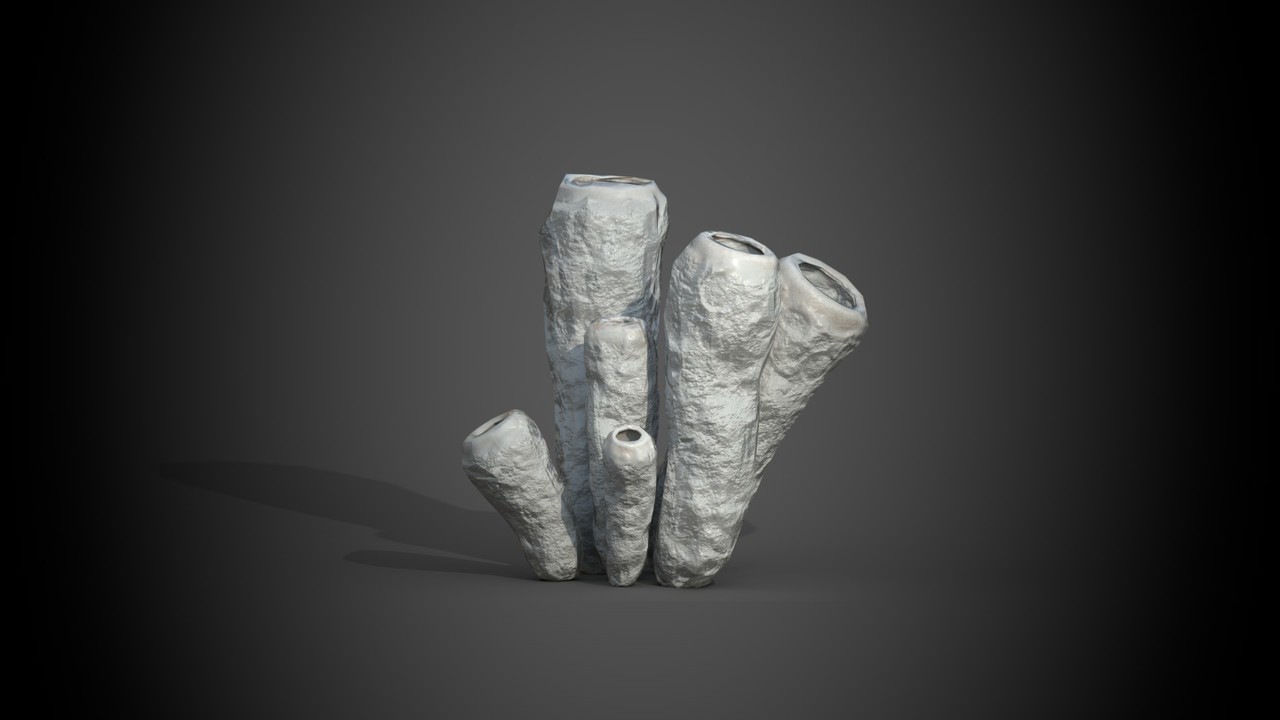 So far has been a great outcome and positive experience, however, I still needed to get the asset into UE4 but first I wanted to make some sort of environment.

Its been quite a challenge to produce the underwater environment, I didn't really know where to begin or how to make it. I found barely any tutorials for what I needed so a lot of this was down to trial and error and a lot (a lot) of reading. First thing I started with was how can I make it look like water. 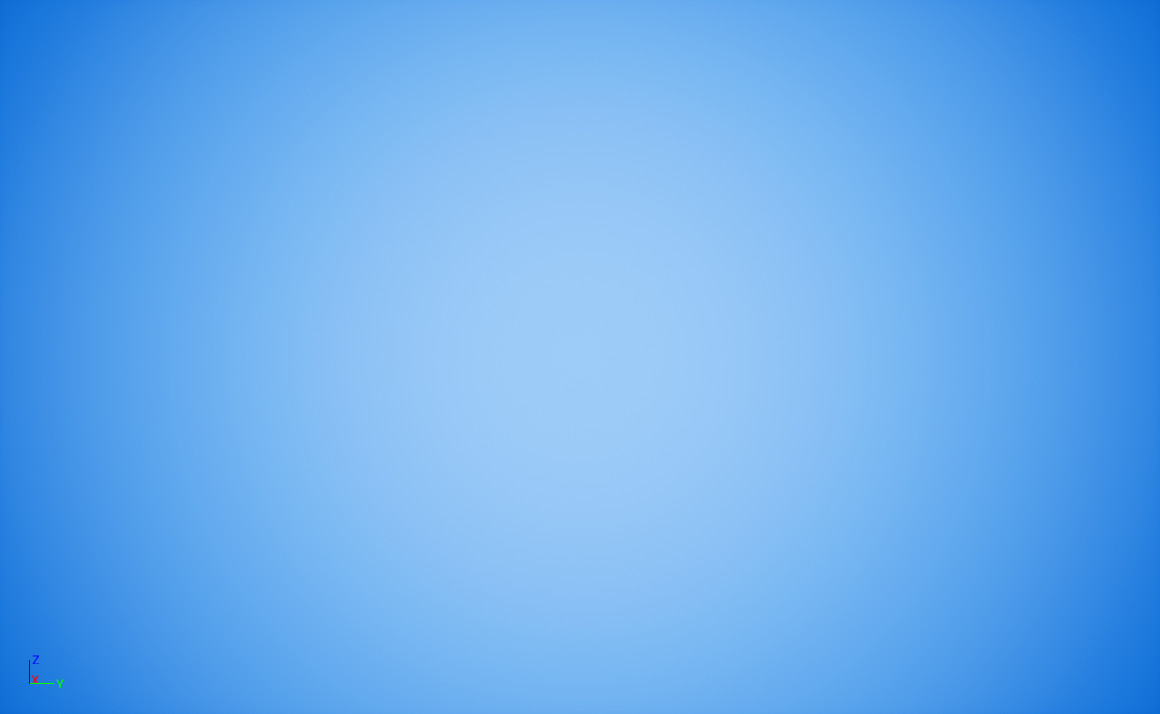 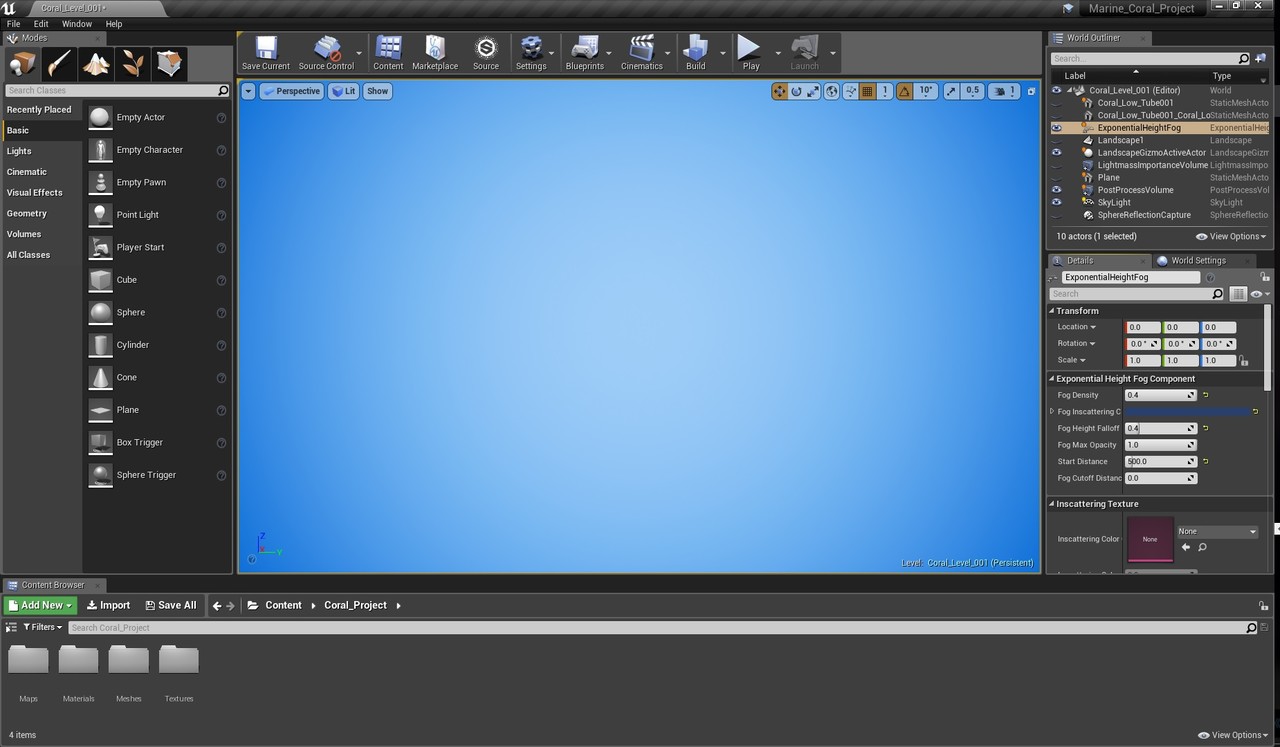 WIP
Exponential Height Fog works surprisingly well and took no time at all to achieve a blue tone that simulates underwater. Next was a little trickier I wanted a water plane that looked like the surface of the sea and has a reflection. The first thing I did was read as much about water planes as possible and after I found two ways of doing it. Using a displacement shader to mimic the waves or use alpha maps that represent noise. I went with the noise maps.

I made these maps in Substance Designer and Painter using a noise effect.

With the maps, I went to it and found an interesting function called 'motion_4waychaos' (to actually find this you need to make a 'materialfunctioncall' node). This function is a material expression that mimics a motion pattern. ( A basic idea of this can be found here with caustics https://forums.unrealengine.com/community/community-content-tools-and-tutorials/38745-water-caustics) 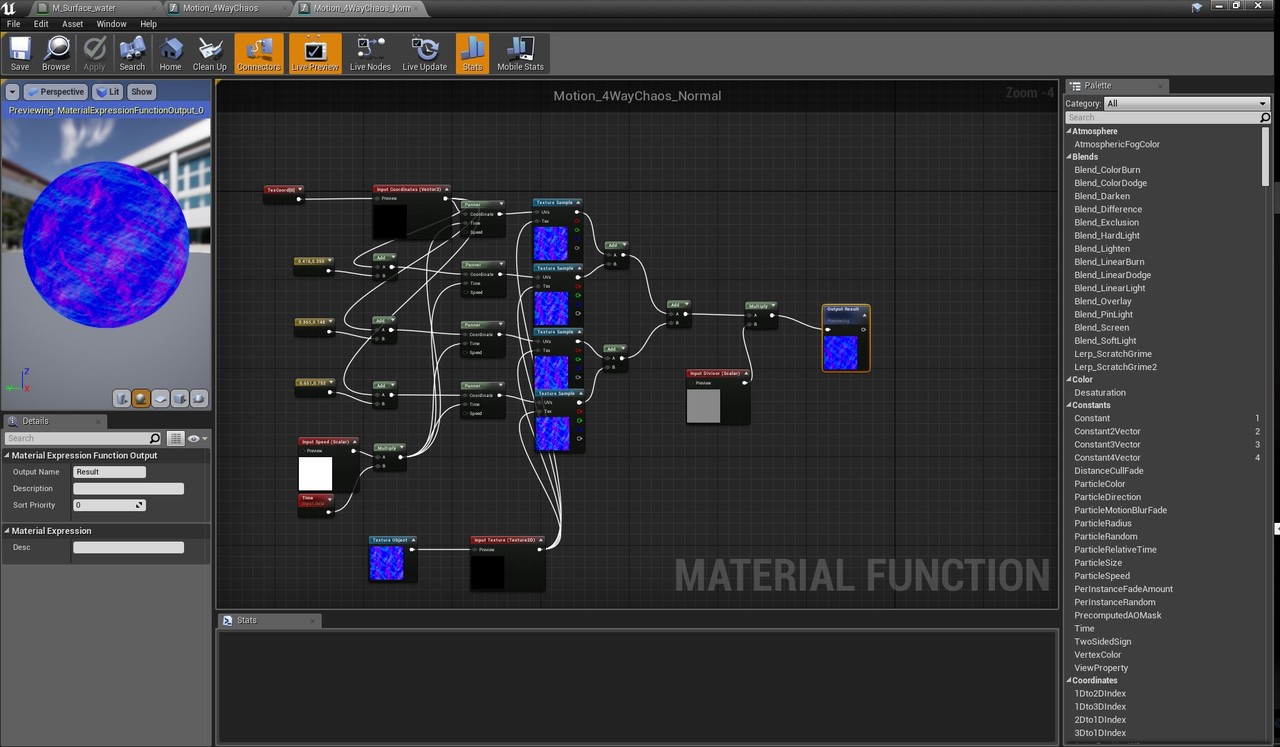 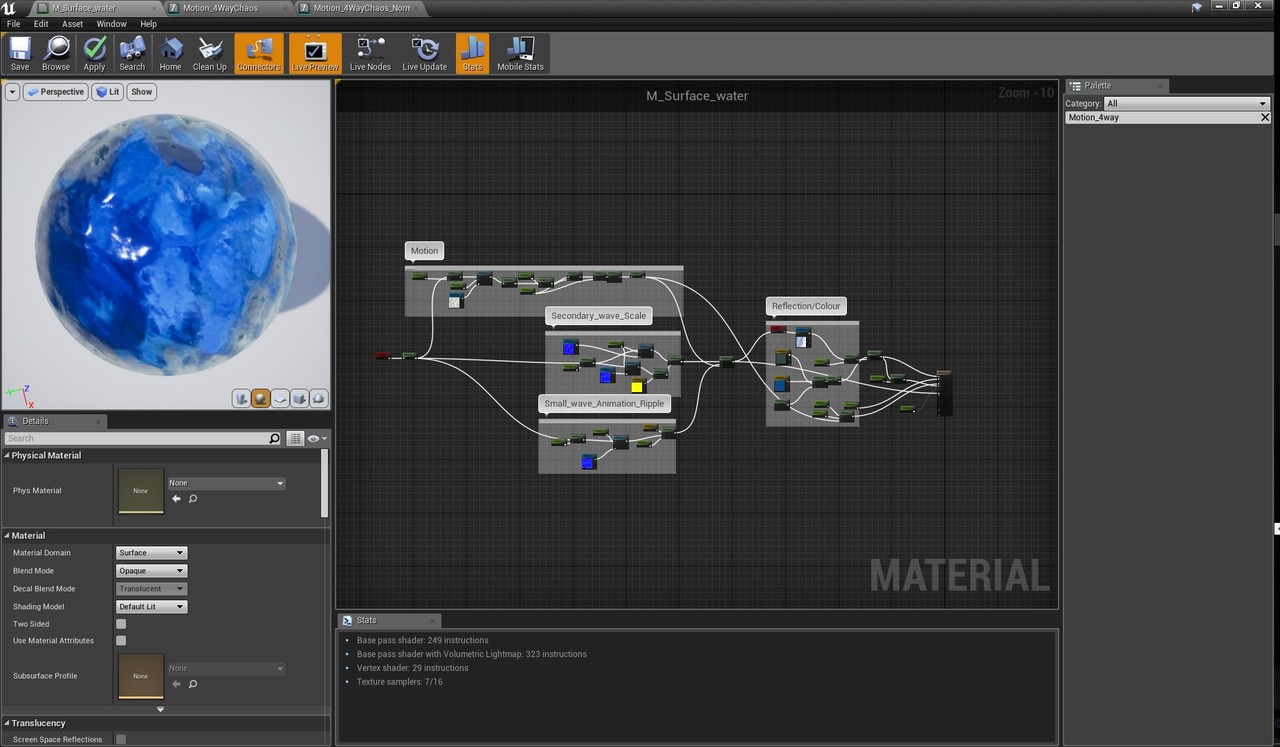 I was happy with the blueprint, the reflection was done with an HDR image and multiplied with colours of the sea (Green and blue). Several passes of the wave were made for different sizes of motion and displacement.  The normaL maps mixed with the 4waychaos is what gave the fluid life and depth. 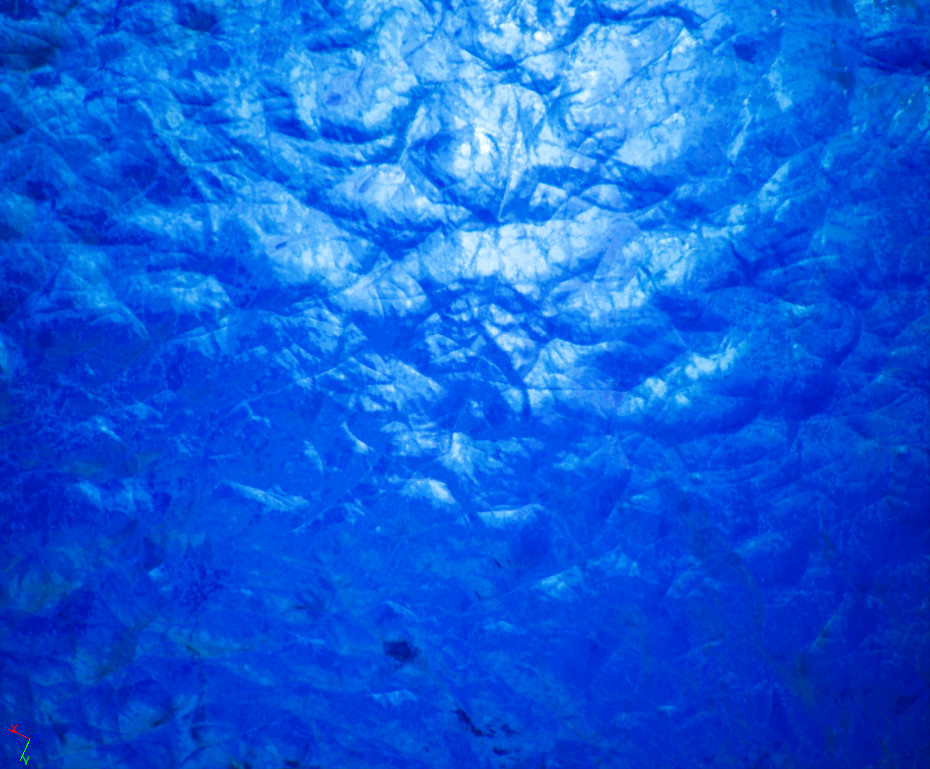 It looked like water, acted like water but didn't feel like water, but, it has very sharp lines which - you wouldn't find this in any water. This was because I made the maps too sharp. So I went back and redid my noise maps again ! 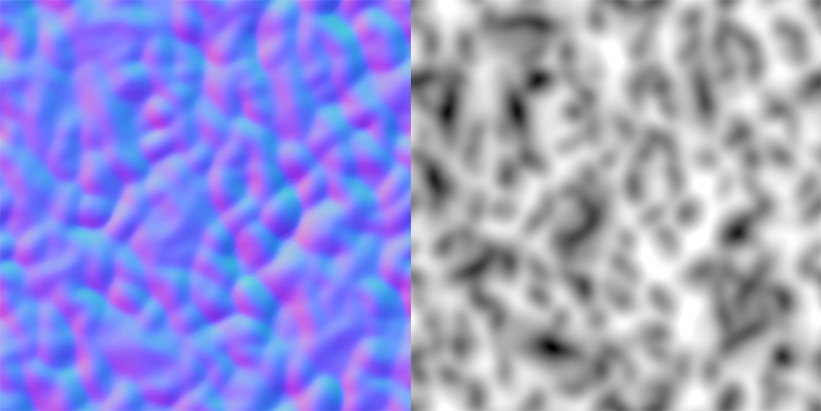 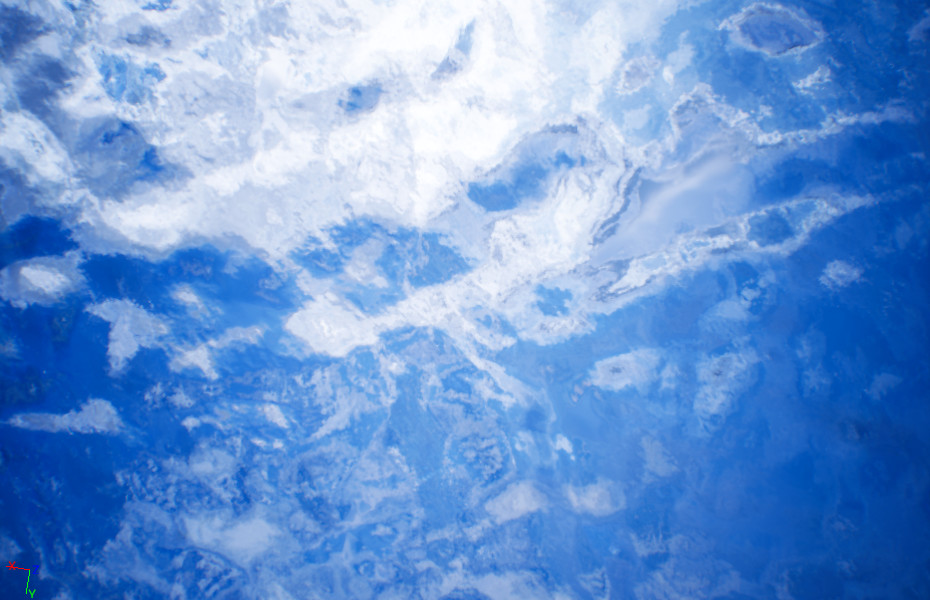 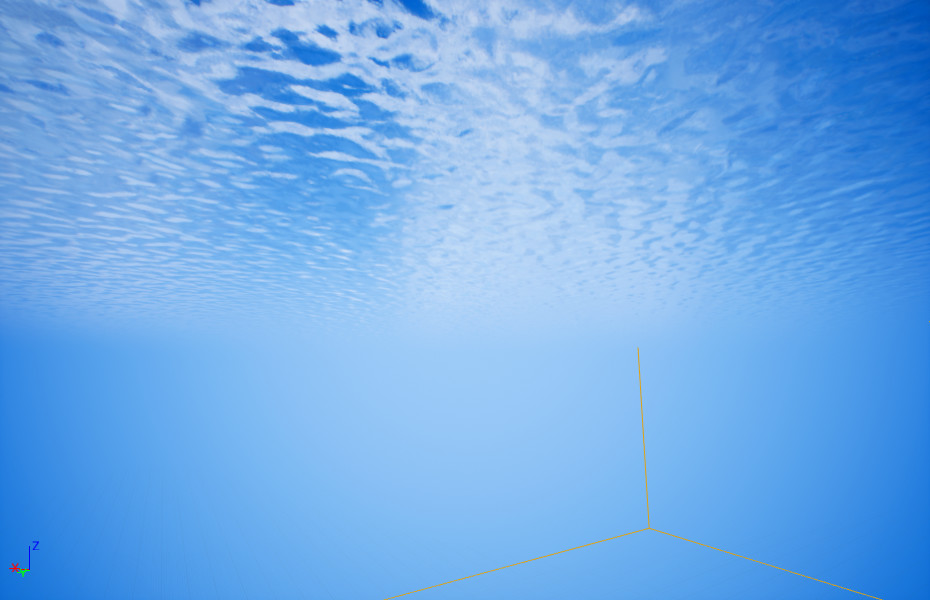 Much better !, I tweaked it further with the material instance to get the desired look. Next step was to make a seabed for my assets to sit on, I managed to find some basic tutorials on UE4 landscaping with Pluralsight  (Great place for UE4 tutorials).  I used textures from allegorithmic Substance painter to make my material that works on blend layers.

Note: these are just the diffuse maps 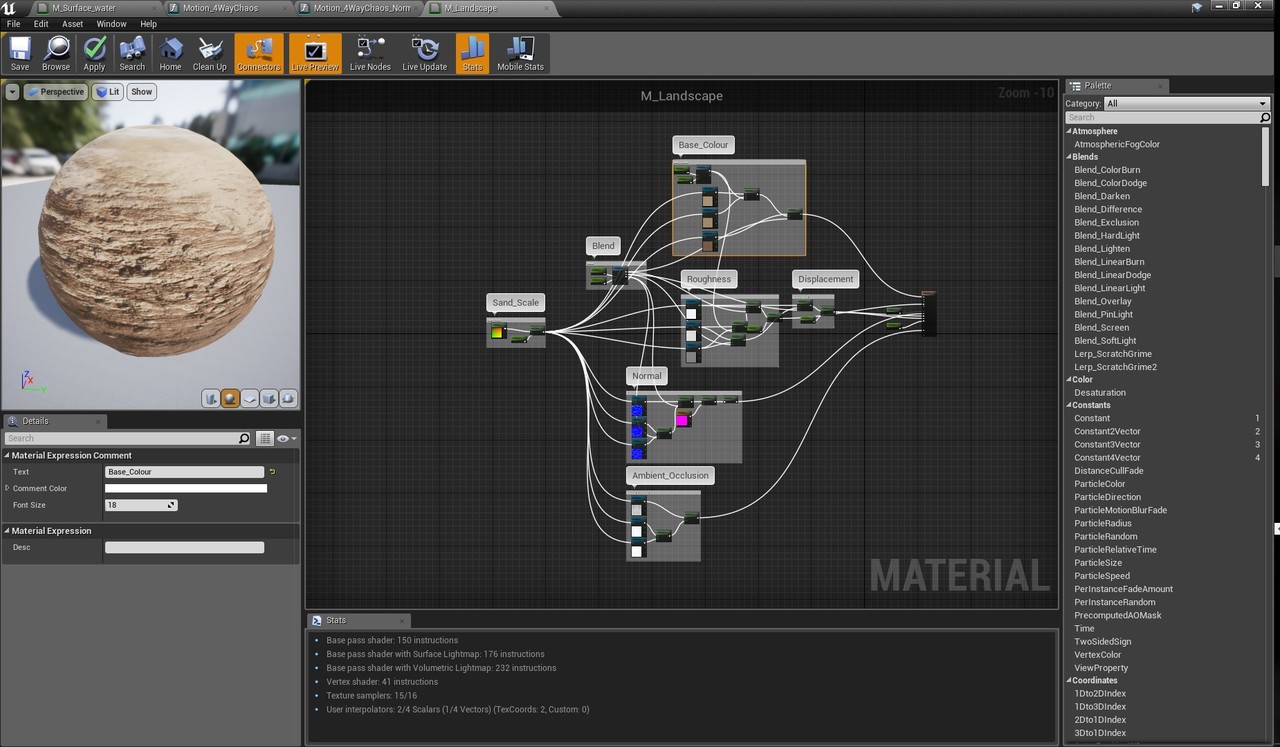 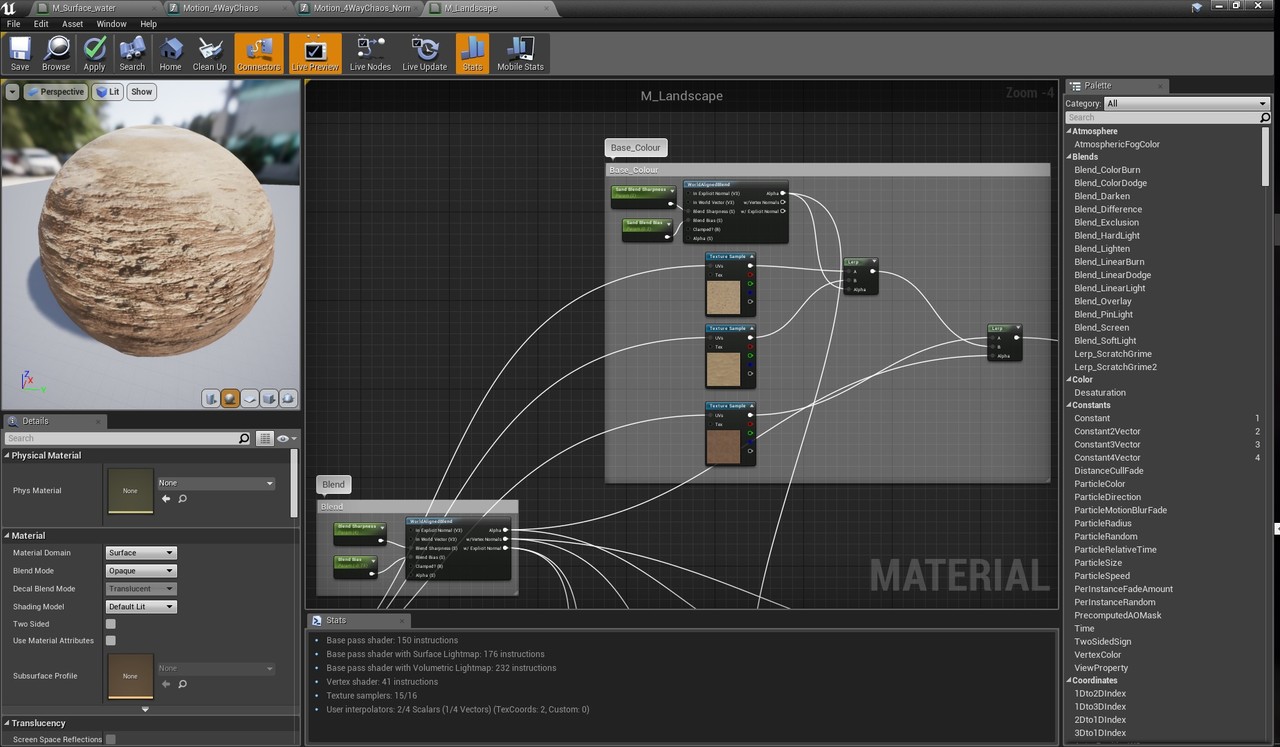 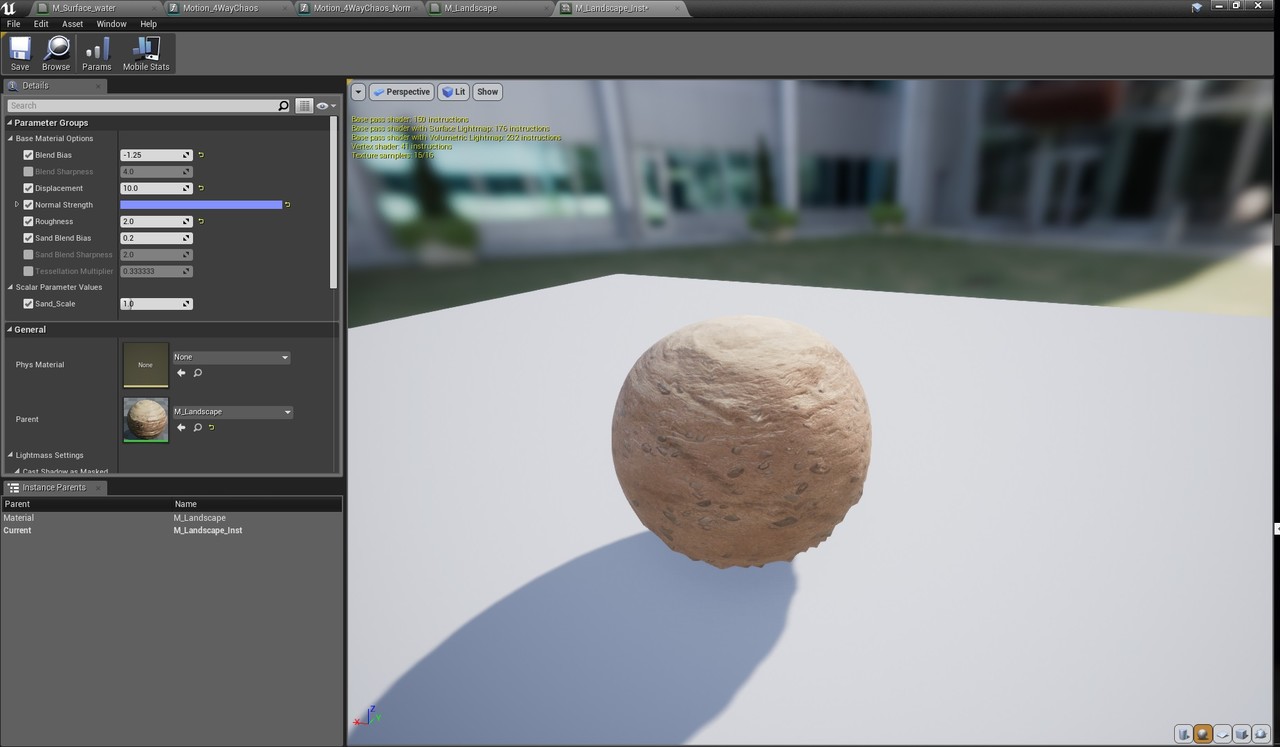 I should also say I sculpted it using mostly the noise tool and adding corrosion then lightly smoothing out to make dunes. I knew I wanted the middle to dip as that's where the reef was going to sit. 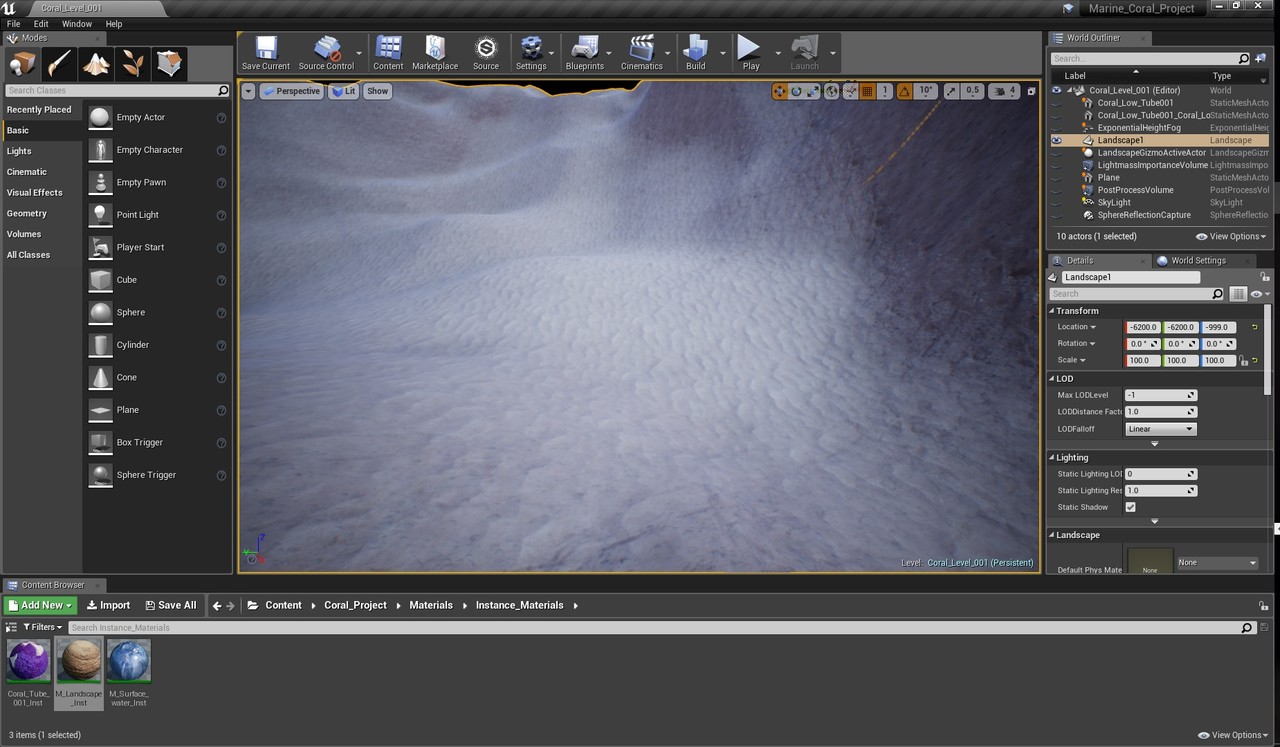 Bringing it all together

The last thing was to add my asset and I would have a very basic environment. up to this point has been challenging but a lot of fun! Luckily Substance has a render out for UE4 which made the process quite easy. Interestingly is uses the Occlusion, Roughness and metallic on the same map by reading the red, green and blue channels to differentiate. 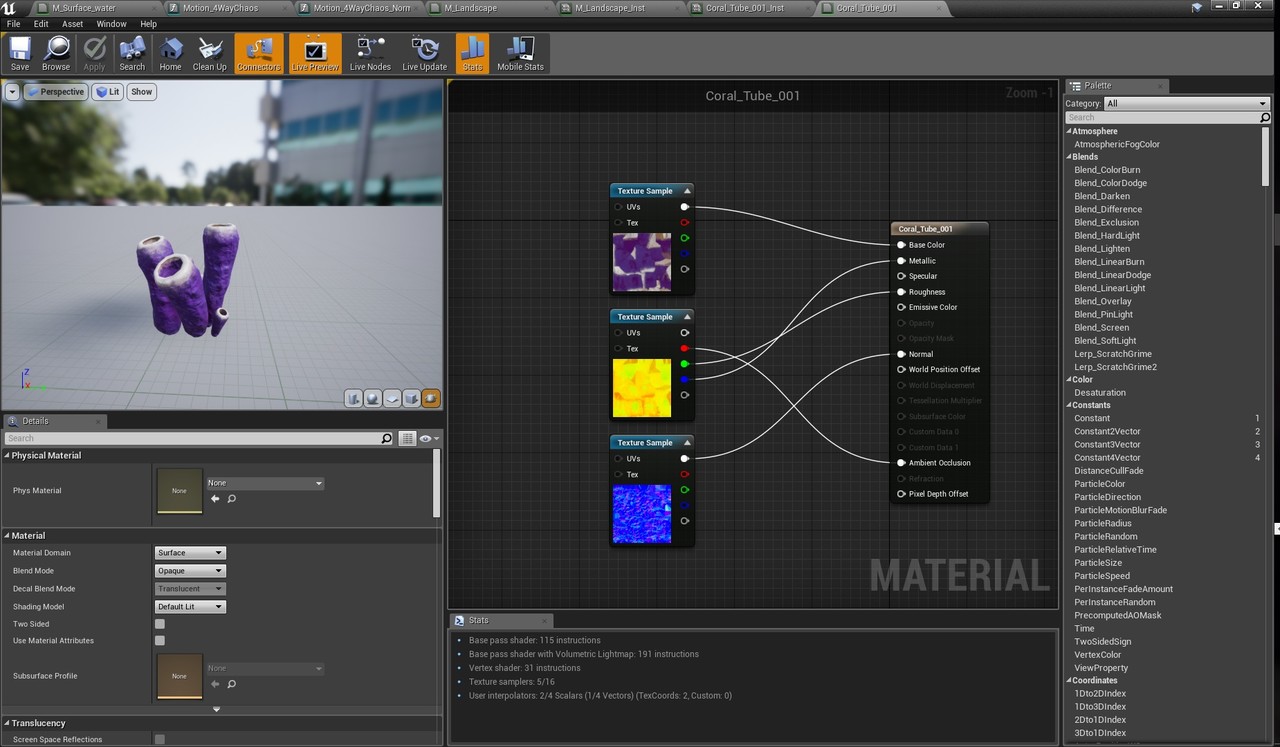 The outcome so far... 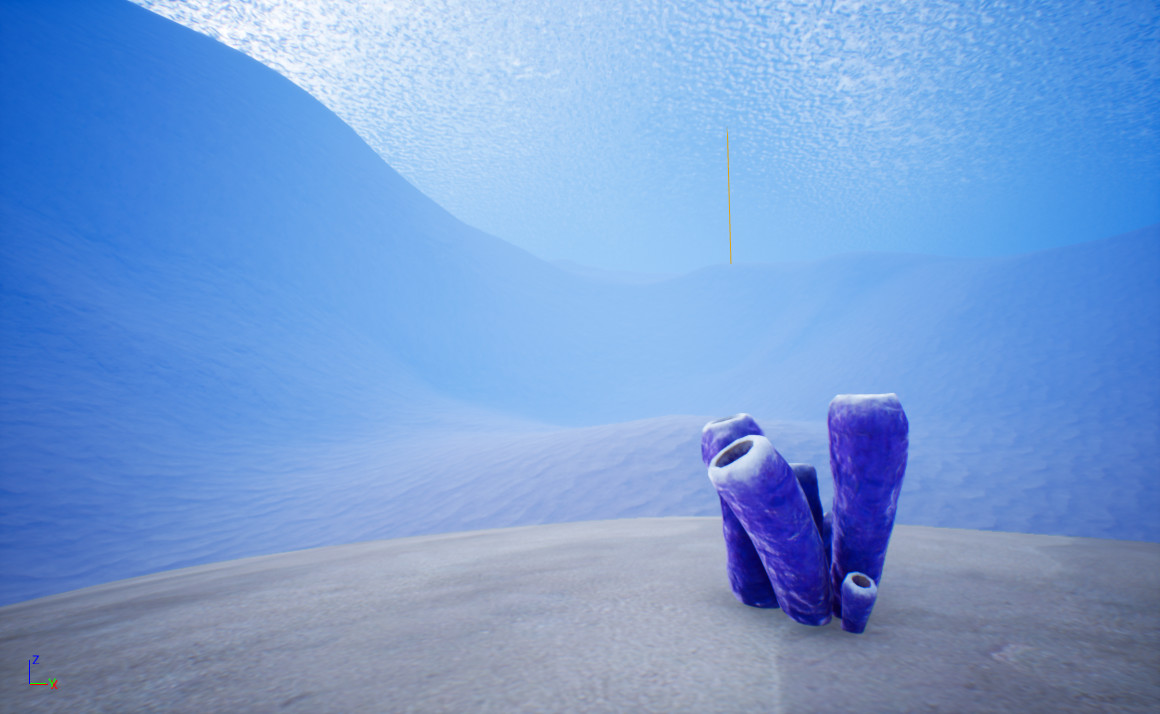 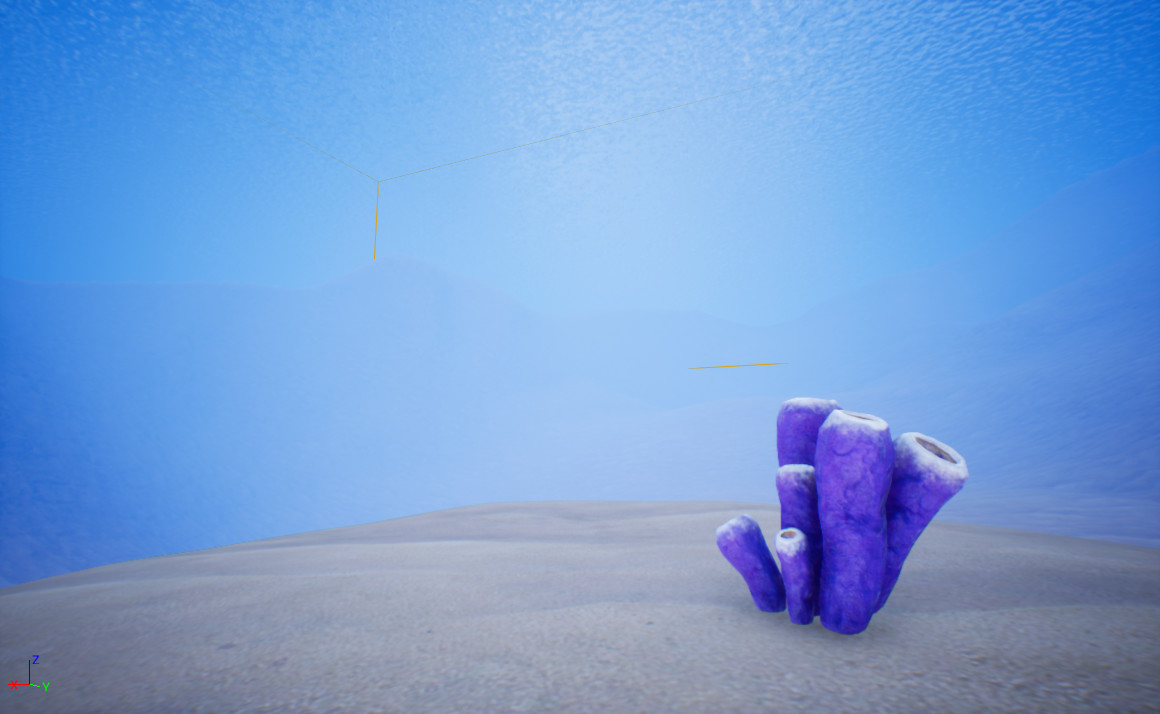 whats next is to look into lighting such as God Rays and Caustics as well as other water effects, in terms of assets I'm planning to make the following:

Speaking with Dan (Marine biologist) he said it would be good to show a variety that covered 5 areas of coral:

I've also looked into obtaining some real skeletons for my own interest but also to integrate into my VLE (Virtual learning environment), Hopefully, I will be able to use photogrammetry successfully on these guys and clean up in ZBrush. I'm planning on using Agisoft to capture and convert the data. If things don't work out at least I have photographic  data I can show viewers of the coral skeleton. 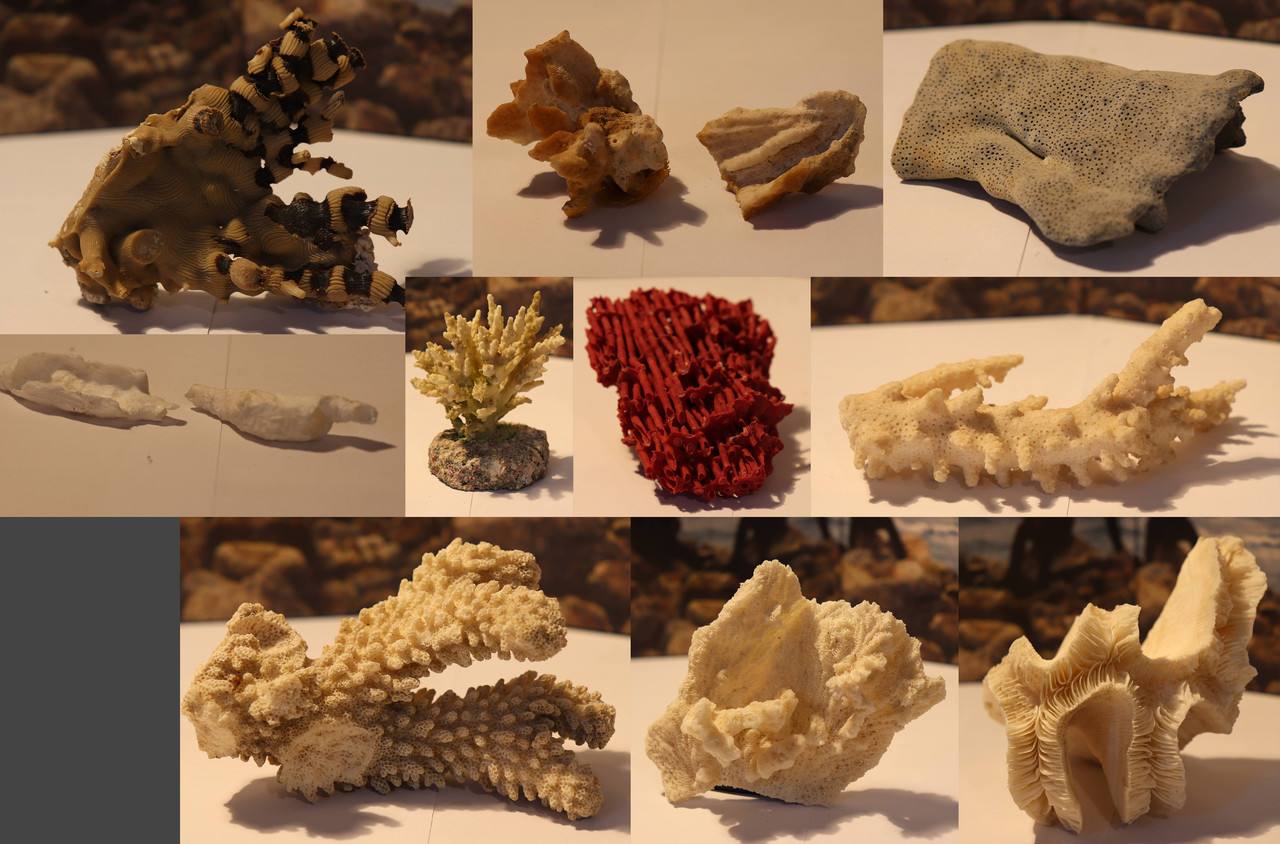 Just to add: the actual pictures used for the VLE will be professionally lit and taken within a studio environment.

The script for the narration is being worked on with my associate Dan (Marine Biologist) who is making sure the science part is correct, the script is still under work but so far I've managed to find a great voice actor who is willing to take the part. The script is somewhat humorous and relatable although very serious where it has to be.

The structure is made of three stages:

Thanks to Dan MacRae for his help

Next is to complete the lighting and effects for the scene and start looking into VR. I want to establish VR early on so I can optimise everything for it. I also need to look into my assets and use LOD's to get the most out of the game engine.

Keep a lookout for more soon! 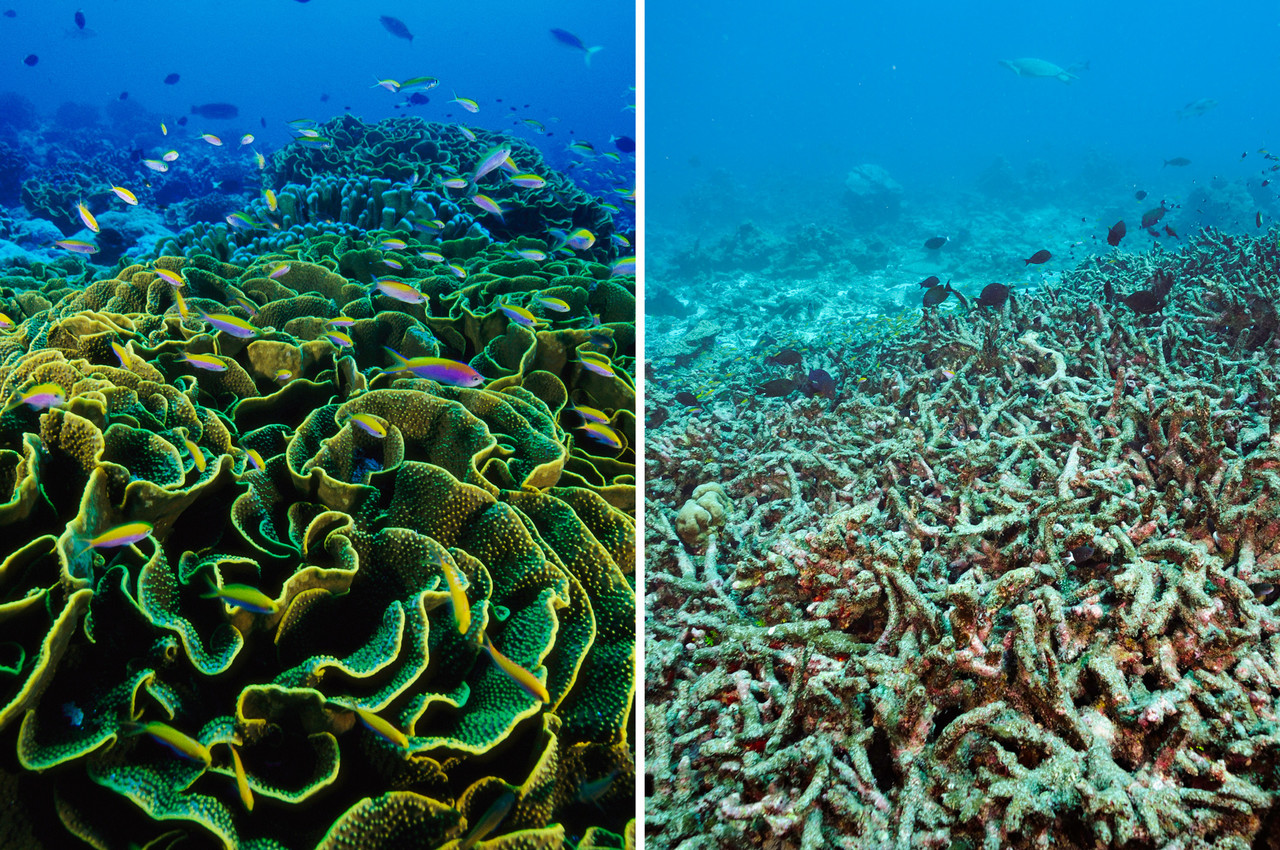