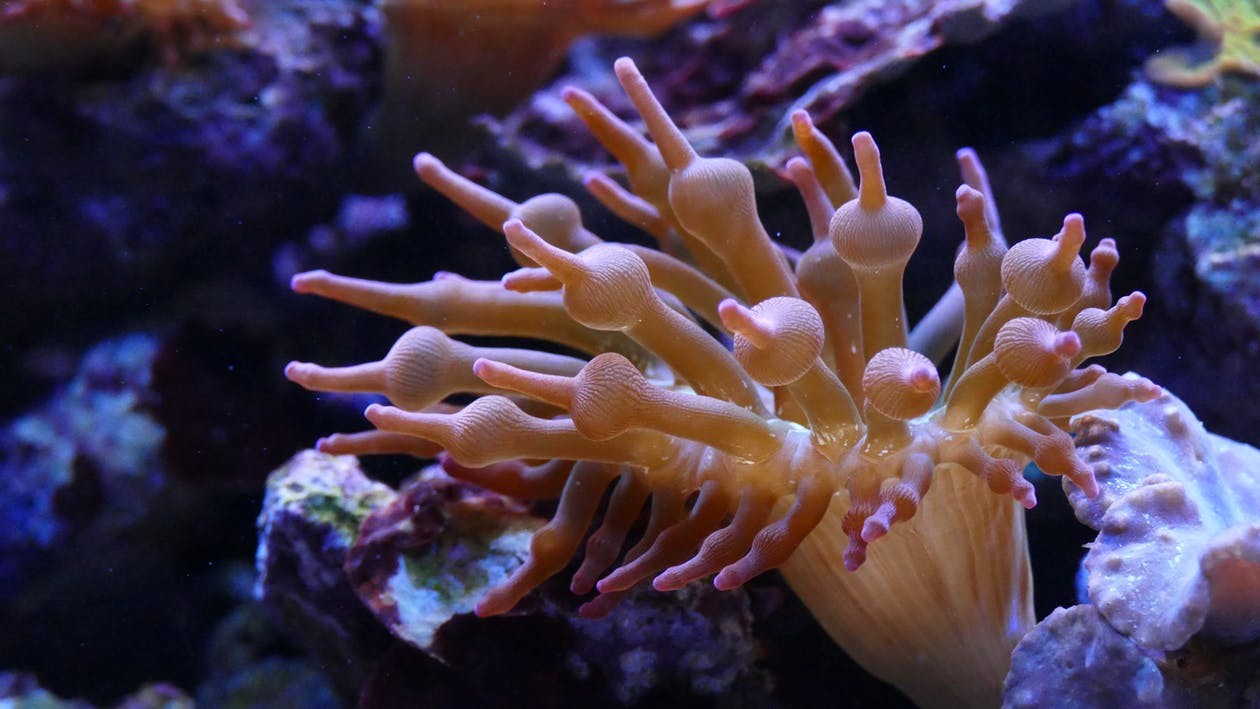 Image was taken by Marcus Lange

Bringing you up to speed

This blog is about my honours project that I'm recording online. It also allows for anyone who is interested to view the journey that I'm undertaking and the process from beginning to end. During the start of last trimester (Sept 2017) when my BSc Honours began I spent a lot of time on proprietary work. The Honours project could be whatever you wanted, It was completely in your hands. For me, this meant two things:

- This wouldn't be an easy task for me, after all studying four years in digital arts meant I didn't have a "sciencey" bone in me.

However, I knew I wanted to showcase a 3D Environment, but it had to be more than just an environment...

Although I had brainstormed several ideas on what could be my honours project, for example, I originally intended to make a historical walkthrough based on the story of Burke and Hare with one of my colleagues. Unfortunately, this idea was shelved as the University dissuade us due to its ambitions and complications. It wasn't until one night sitting down I decided to watch a documentary called "Chasing Coral" after seeing this fascinating documentary, I felt compelled to do something about this.  I knew this is what my project had to be about and find a way to motivate others.

Have a look - Chasing coral trailer

For my honours project, I wanted to produce something that was meaningful and could be used in my portfolio. I couldn't think of anything greater than aiding awareness of our coral reefs by producing an environment to portray the situation. I decided to look further into the subject matter and found shocking details about our current climate situation - that I'm sure most of the public are either uninterested or unaware of. I wanted to come up with a product that could educate users on this coral epidemic and motivate them to take action against global warming. My idea was to express this visual learning environment with through VR and allow the user to interact and move freely through the scene.

Virtual Reality, an instrument for conservation:

What is the impact of global warming upon the marine coral ecosystem & how to educate the user.

Can virtual reality save our ecosystem? Using a 3D environment to educate upon the marine coral ecosystem due to the impacts of climate change. This will be achieved through an interactive time-lapse to show the stages of damage and show if action is taken to prevent global warming these effects can be reversed. This piece’s purpose is to educate the user with visual learning and give an empathetic insight into the user’s motivations by using virtual reality as a means of conservation.

Let's start, with what is coral?

In other words, Coral is an animal. Yes, an animal. They are closely related to jellyfish and sea anemones, grouped together as a phylum called Cnidaria, a coral is made up of polyps, and a coral can either be one polyp or lots of polyps living together. These ones are living as a colony but you can see how each polyp has a mouth, they also share food and body functions, so are still technically one animal.

I should note: This was a new concept to me, I had no idea what a coral actually was at the time. To get to grips with understanding what coral is I met with a practitioner and MSc marine biology student in this field - Dan MacRae. It was Dan's massive help that got me up to speed and hit the floor running, Dan has also expressed his great interest in the project and has, fortunately, stayed close in contact with myself offering any assistance or questions I have with the marine coral environment.

To put it simply:

Once again special thanks to Dan MacRae for his help and information. 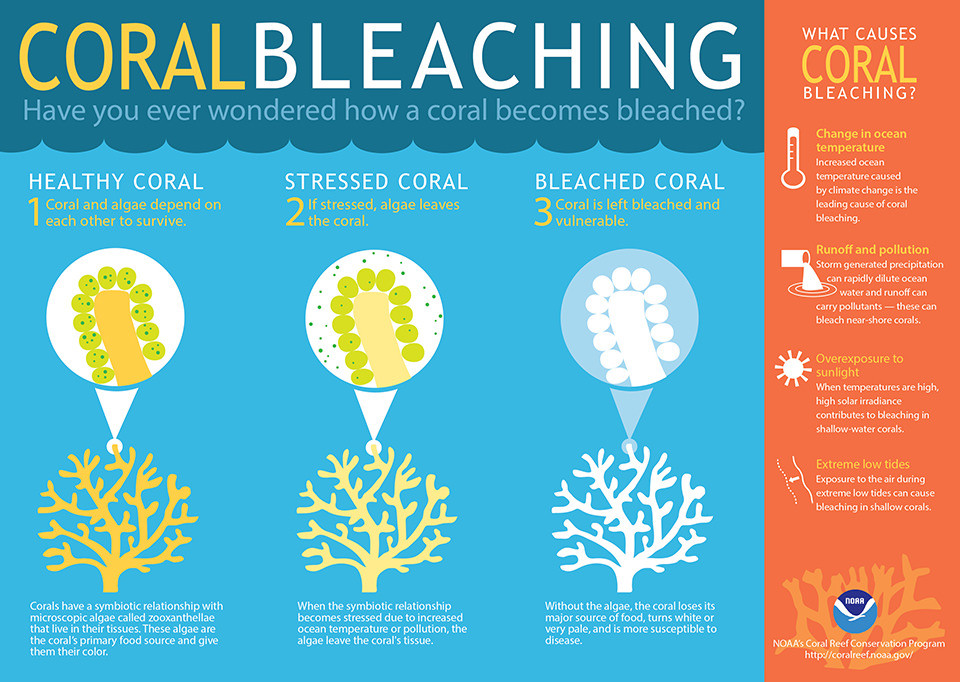 Why should we care?

Really, why should you care?

Even though we all have different backgrounds and particularly this blog's audience will mostly be readers of a creative industry. We all share the same Earth which we call home, the death of coral reefs would only be the start with severe knock-on effects to follow. We can already experience these effects with the Great barrier reef as marine habitats are disappearing from their spawning grounds. These coral reefs offer protection to prey and would create a negative impact and marine life, exacerbating the issue further, particularly with feeding groups.

Life Noggin has made a great youtube video explaining what happens if all the coral dies:

Also to find out more about the current situation with the Great Barrier Reef I highly recommend the video by Vox:

How dead is the Great Barrier Reef?

This is more than just a virtual learning environment. This is an experience.

Most of us can barely pay attention to a white/smart board for more than 10 minutes or pay attention to other forms of learning in that regards. We always find a way to tune ourselves out of existence and cast our minds to other planes of our imagination. But what if our imaginations or escapes could be our platform for learning instead. I believe VR could hold the potential for a life-changing experience or at very least open one's mindset.

I believe this quote stands strong today. If we only show people, we are not giving them the full experience, they might remember but will they take action ? is it enough to see something and get a positive response? We see media every day, on the television, in the high street, at work, but do we feel compelled to act upon it? For most of us, no. Change happens through experiences, be negative or positive as humans we make changes based on our own experiences.

Virtual Reality (VR) could be the key. VR has great potential transport us anywhere our imaginations can take us. VR-based environments offer users new tangible ways of interaction through virtual objects and a flexibility towards learning. This dynamic experience can be the answer to make a stronger effect over traditional methods of teaching and creating a stronger emotional impact to act upon. If we use that keyword, involve, I believe that yes there is potential for someone to act  upon rather than to show someone.

So you might recall I also want to give the user an empathetic insight.

Empathy is an important emotion which passes beyond the grounds of sympathy, it allows us to connect with other individuals on a deeper emotional response. Empathy is the awareness of other people’s feelings reflected through our own emotions. Virtual Reality is the ‘ultimate empathy machine’ as dubbed by filmmaker Chris Milk at the TED talks 2015 who talks about his experience and exploration through empathy.

Milk showcases his work ‘Clouds over Sidra’ which he created for the United Nations to give the user a deeper insight of the Syrian refugee camps and empowers emotional response from the immersed audience. He noted the VR film that it was most powerful and successful from any of his previous, this is most likely as you experience the film from the eyes of the protagonist Sidra a 12-year-old girl. Milk concludes by seeing through her eyes you emphasis with Sidra and “feel her humanity in a deeper way” (Milk, 2015). Milk ends his presentation with “So, it's a machine, but through this machine, we become more compassionate, we become more empathetic, and we become more connected. And ultimately, we become more human.”

But how do we do that with coral?

Interaction and Empathy is the main bulk of the project, users will be able to use VR headsets. This will allow users to be transferred to a flourishing coral reef and explore freely within a restricted area. The user is free to select objects that have markers for more information about and detailed references. During their time in the coral reef environment, there will be narrator introducing the coral and the situation. Over time the coral reef will adapt from this flourishing ecosystem to a bleached state and gradually disappears. This is in time with the narration that tries to invoke empathy with the user to inspire self-motivation for change.

The centre of attention is the user themselves through self-realisation and their weight they play in saving the world. The piece is; in a hope to ignite marine support globally for the coral ecosystem !

This is a basic overlook without trying to get too bogged down into the little details but if your interested feel free to contact me for a copy of my dissertation where I talk more intensively about VR covering topics such as:

Ill be posting more about Coral and my Production pipeline with methods and implementation over the following months.

For those interested in what software I'll be using it's:

Thanks for reading all the way through I know it can be a lot to follow. 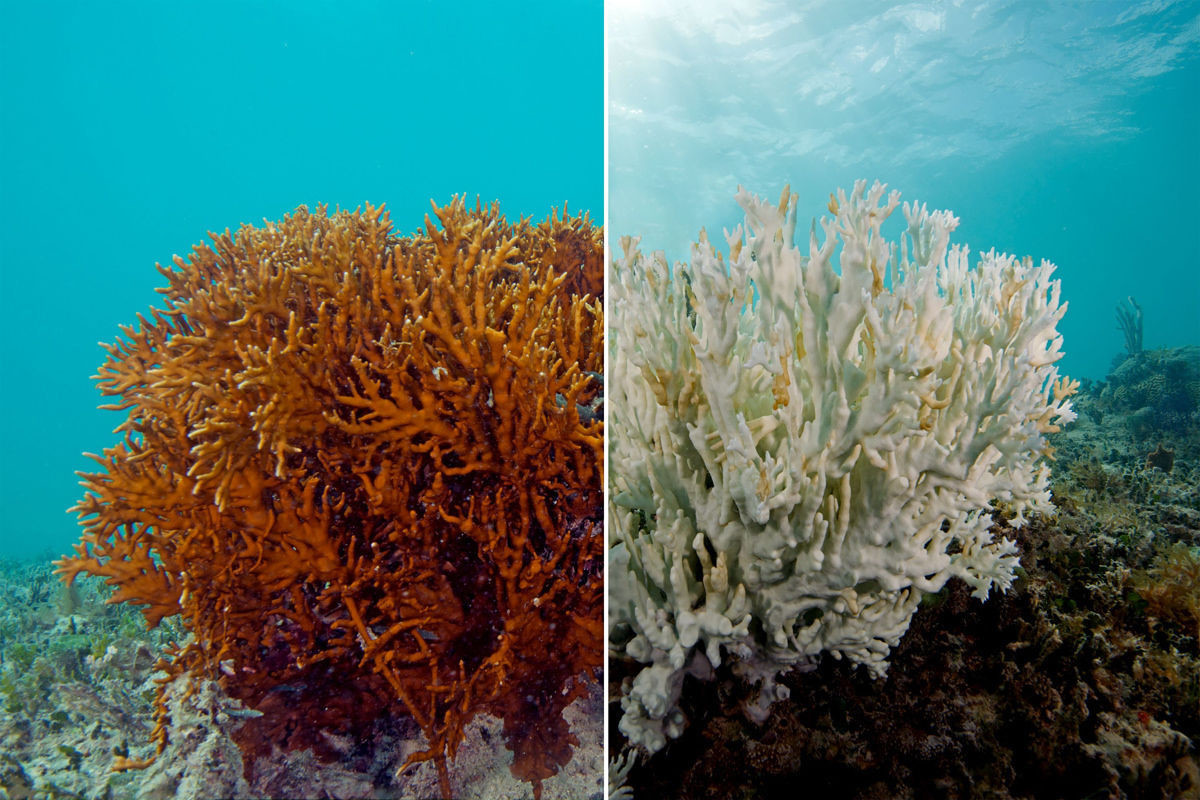